The construction of cottage

Although the historic house at The Olives looks imposing, it is really quite small with just two bedrooms in the main living area. For years, a generous basement/cellar provided room for visiting family members but the lack of a bathroom on this level made it impractical for other visitors.

We investigated the idea of upgrading the basement accommodation but engineers advised against it.

So we began planning a cottage in the garden. As usual, planning and council approvals took longer than expected and by mid-November 2017 it appeared it would be impossible to meet our goal of accommodating family for Christmas 2017.

On November 17 the concrete slab was laid. On November 22 the first part of the frame was erected.

What follows are daily panorama pictures from the same spot. The frame was erected quickly and soon the building was wired, insulated, plumbed, tiled, painted and air-conditioned. The building materials meet the highest fire rating standards.

The building continued until December 20 and beds and other furnishings arrived the following day. The first guests moved in on December 22, but it was not until April 2018 that the final touches were added – the sliding grille-like doors and the stone walls that make the cottage settle so peacefully into the garden. 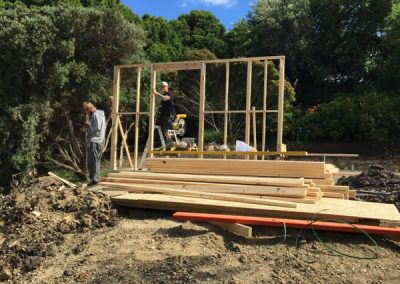 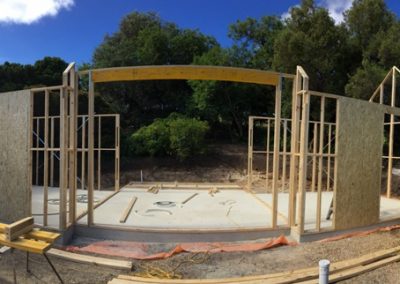 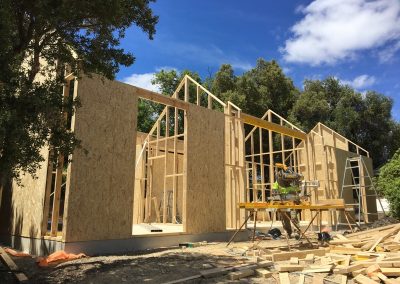 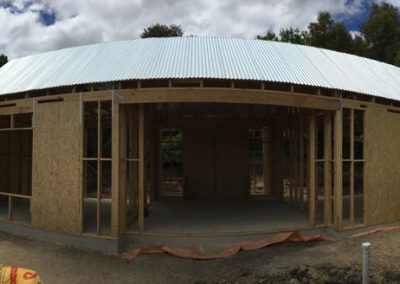 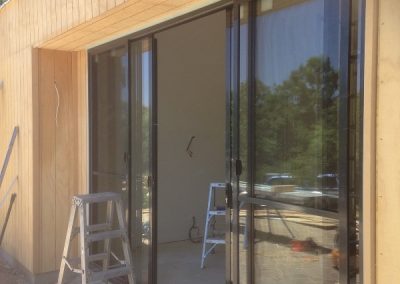 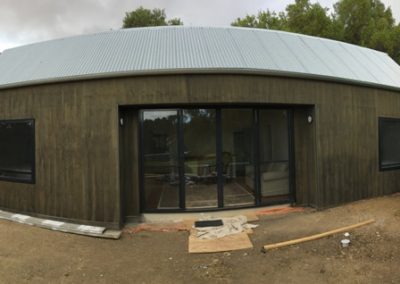 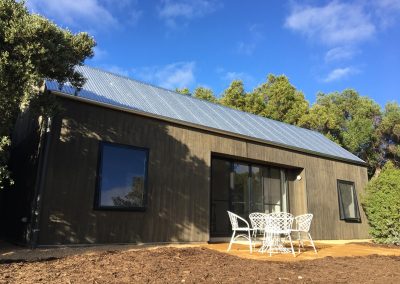 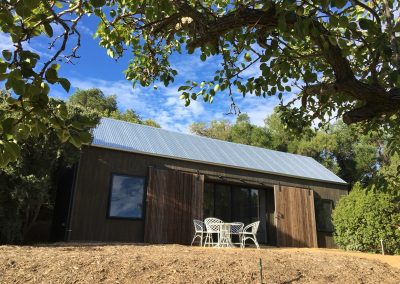